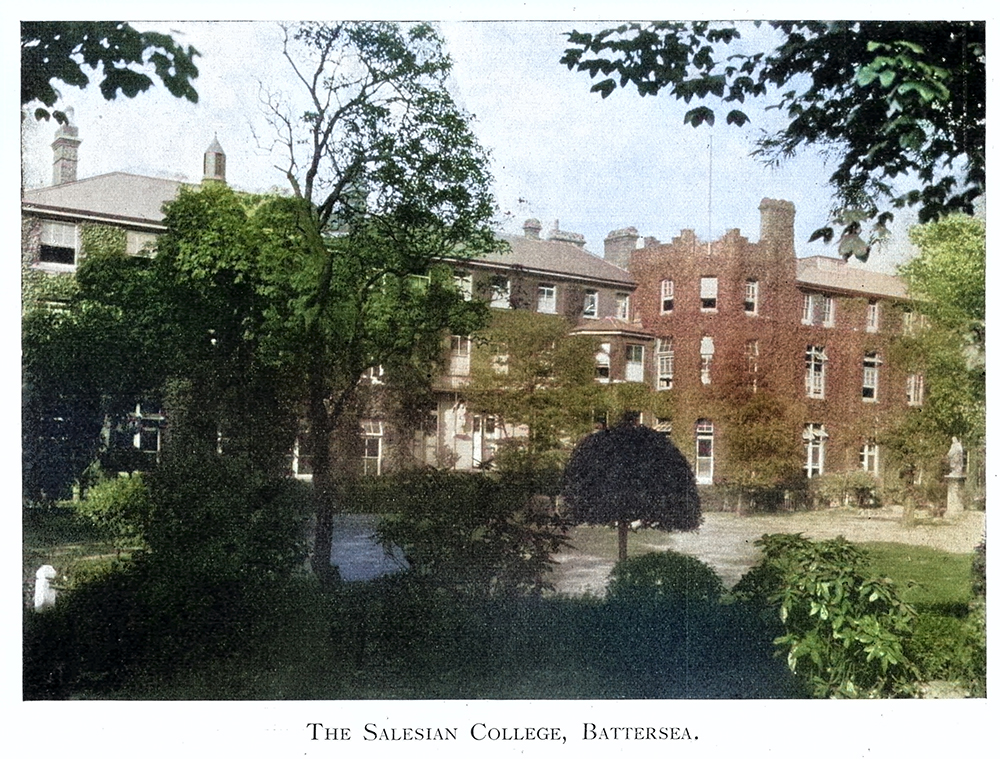 Whilst St John Bosco College (SJBC) only opened in September 2011, there has been a rich tradition of 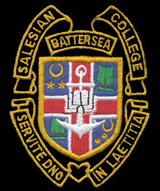 Catholic Education on the site in Battersea since the opening of Salesian College in 1895.

SJBC was formed after Salesian College and John Paul II School closed in 2011.  The school was temporarily based in Princes Way, West Hill, whilst the state of the art facilities were built in Parkham Street in the heart of Battersea.

Within two years of opening the school was rated by 'Good' by Ofsted in March 2013.  The school moved into its current home in October 2015 and was formally opened at a ceremony attended by Archbishop Peter Smith of Southwark in November 2015 (pictured below).

The school was rated 'Good' by Ofsted in May 2017 and judged as an 'Outstanding Catholic School' under Section 48 of the Education Act, by the Roman Catholic Archdiocese of Southwark in June 2019. 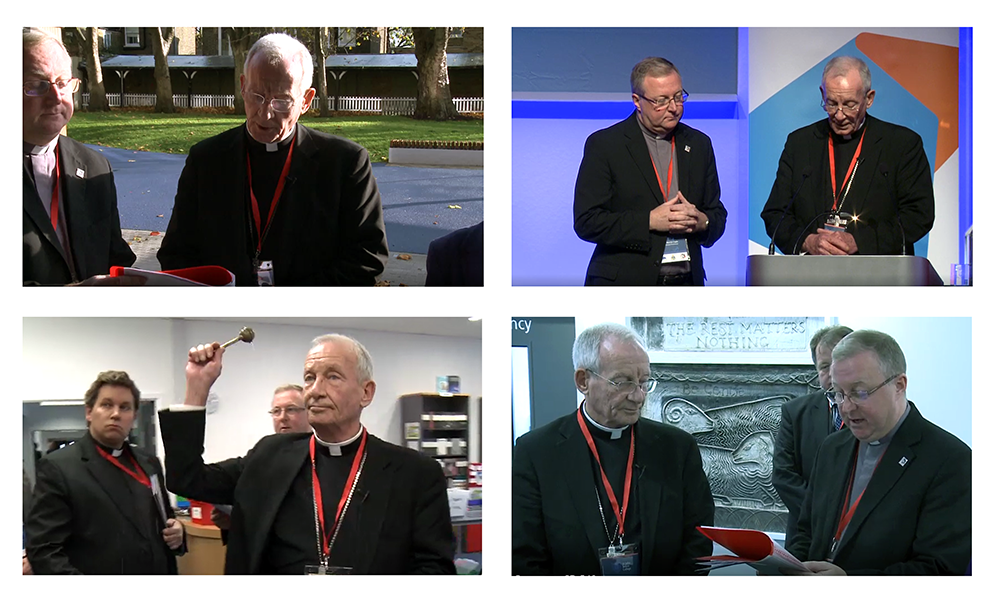 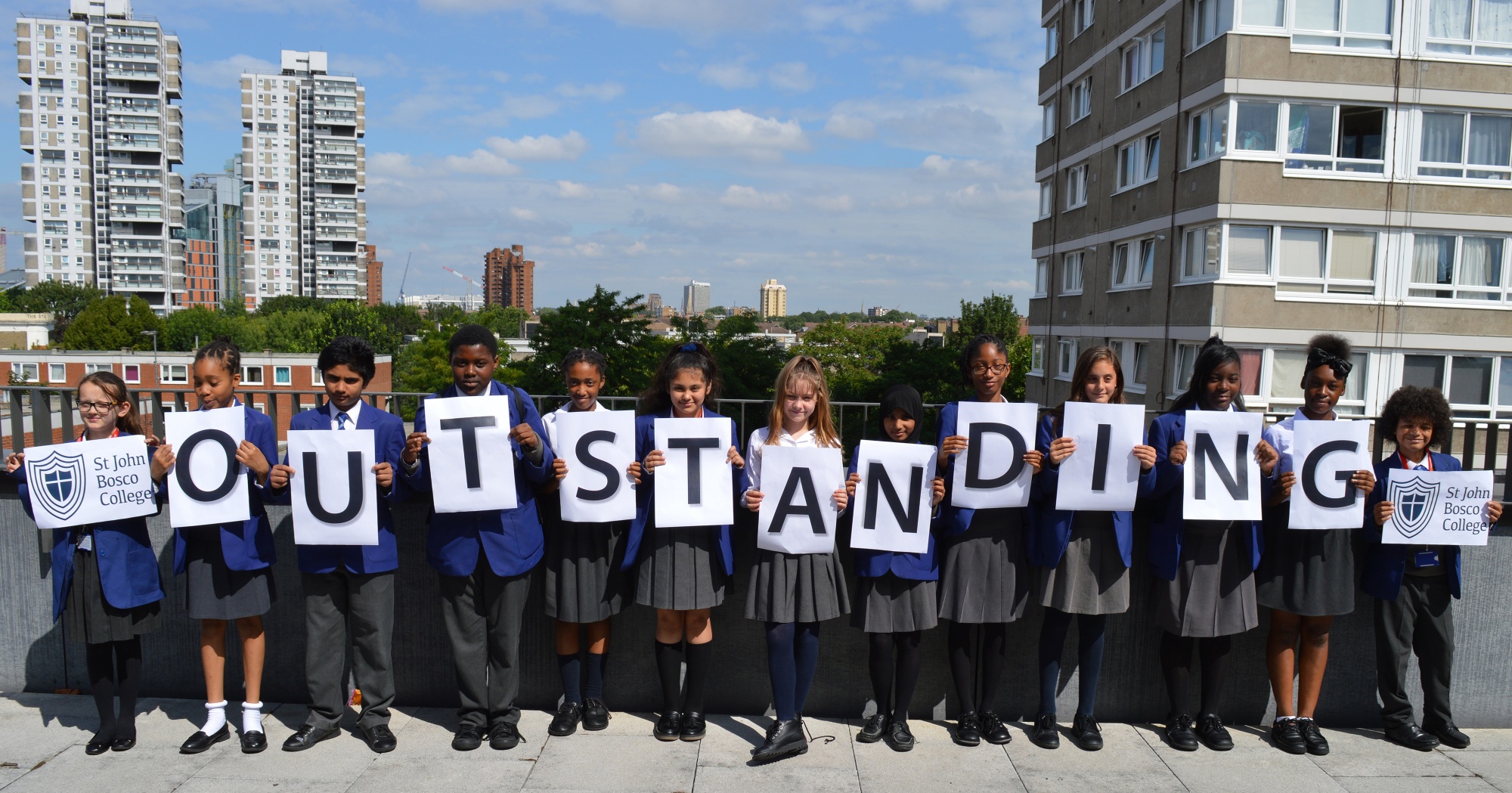 693 A.D. Battersea (or Batrices Ege) consisted of a village grouped around the Church of St Mary and the Manor House.

1875 – The first catholic Church of the Sacred Heart (known as the ‘Iron Church’) erected in Trott Street with the financial assistance of the Countess of Stackpool.

1890 – the Salesians moved to 62-64 Orbel Street and opened a small school, to cater for prospective priestly vocations and to provide opportunity for study for poor boys in preparation for life in the world.

1893 – Don Bosco’s successor, Don Rua, celebrated the first Mass at the opening of Sacred Heart Church, consecrated by Bishop John Cagliero (later to be the first Salesian Cardinal). The money to pay for the church came from the fortune of a Polish Prince who became a Salesian priest, Fr Augustus Czartorisky.

1895 – Surrey House (formerly Surrey Lodge, a fine gardens, paddock and stables on Surrey Lane) was obtained by the Salesians.

1897 – Dormitories and dining rooms for the Community and boys were provided by two wings either side of Surrey House.

1887 – 1903 A line of workshops, and infirmary and a four-classroom block of classrooms were built.

1903 – Old stables were converted into the college chapel.

1911 – The first edition of the college magazine was published.

1912 – To mark Fr Macey’s Silver Jubilee, the chapel was reconstructed under the guidance of Salesian priest artist, Fr Fayers.

1914 – 1918 In spite of the difficulties of World War I, a flourishing boarding school with 250 or more boys was in healthy existence.

1929 – The first inspection of the college by the Ministry of Education and the L.C.C.

1930 – The playing fields at Ewell, Surrey was purchased for football in the winter and cricket in the summer, affirming the excellent sporting reputation of the Salesians.

1939 – 1945 World War Two intervenes and Salesian College is evacuated until September 1945. The intermediate years are spent first at Bracknell, Berkshire then at Cowley, Oxford. As school returned there began a trend towards day-schools and less demand for boarding schools. The former dormitories were gradually converted into classrooms.

1986 – The college is settled as an 11-16 school with St Francis Xavier Sixth Form College founded to provide a wide range of courses for fifth year leavers with those students from other Catholic secondary schools.

2011 - Salesian College and the John Paul II School, both in Wandsworth Borough, merged to create a new school - St John Bosco College with Dr Simon Uttley as Headteacher. This opened on 1 September 2011 and occupied the Wimbledon site of the former John Paul II School while the new building was constructed in Battersea.

2013 - The Joint School Trust of St John Bosco College (formed of the Salesians and the Arch-diocese of Southwark), is launched, with proposals for a new Catholic secondary school in Battersea for St. John Bosco College, funded through residential developments on land owned at Surrey Lane and Victoria Drive by the Archdiocese of Southwark and the Salesians of Don Bosco.

2015 - The present school, which replaced Salesian College and St John Paul II, opened in October 2015, in a new building complex which also incorporates the Sacred Heart church and the Battersea Salesian community, a formation centre for young Salesians, and a hospitality centre for groups of young people and their teachers.

2019 - Judged as an 'Outstanding Catholic School' under Section 48 of the Education Act, by the Roman Catholic Archdiocese of Southwark.