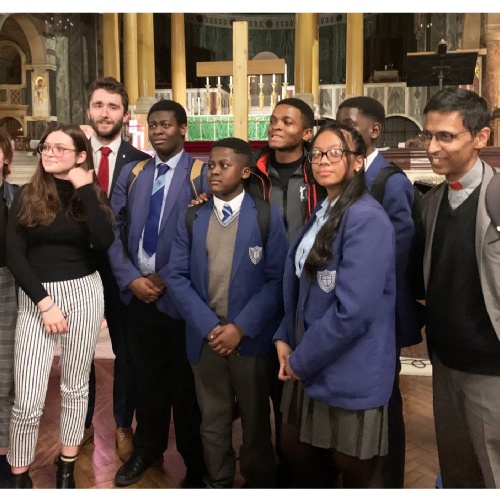 On November 27th, public buildings in London were bathed in red light as St John Bosco College helped to lead the music at the national Red Wednesday service in Westminster Cathedral.

Over 1000 people attended the service and the walk of witness from Parliament.

Representatives of all faiths and none attended, to draw attention to the persecution of people for their religious beliefs. The speakers pointed out that Christians were the group most discriminated against in the world.

SJBC's Victor and Natalie sang poignantly of the need for hope and live in building community. It was also one of the first opportunities to reveal the new school steel band under the leadership of Head of Music, Mr Dallman, which sounded wonderful in the huge cathedral space.